Teltronic has upgraded the TETRA radio communications network of Metro Ligero Oeste, which provides voice and data services to the ML2 and ML3 lines, which connect the municipalities of Boadilla del Monte, Alcorcón and Pozuelo de Alarcón with Madrid, its Metro, commuter trains and bus networks.

The network, based on the NEBULA TETRA infrastructure, is used for voice communications between control center and train drivers and security and maintenance personnel. It also supports train-to-ground data transmission, including those of the Intelligent Transport System (ITS), which is carried out through the Teltronic on-board terminals which are installed in the trains. 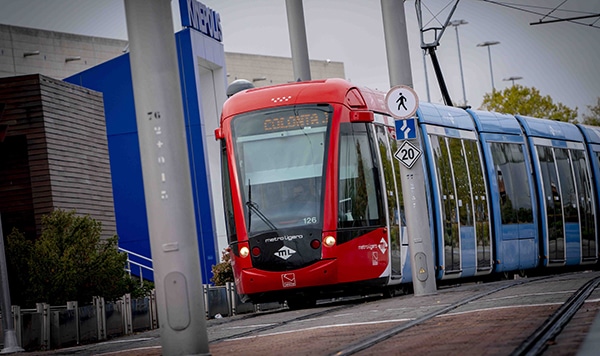 Since its deployment in 2007, the network has been extended on several occasions to adapt to the needs of the operator. The latest work has consisted of updating the system by renewing various hardware and software elements, thus incorporating the new features included in the latest versions of NEBULA, and extending its useful life under the best conditions of functionality and maintainability.

The upgrade work had no impact on users, as no outages were caused and the service remained operational at all times. Furthermore, thanks to NEBULA’s robust design, compatibility with the equipment already installed and with the ITS version in operation has been guaranteed.