• The TETRA system deployed by Teltronic remained operational at all times and during the days that the fire lasted it supported more than 22,000 calls made from almost one thousand terminals.

The Canary Islands Emergency and Security Network (RESCAN), a TETRA system deployed and maintained by Teltronic together with its local partner Técnicas Competitivas, has received the Canarian Parlament recognition for the important role it played during the extinction of the terrible fires that affected to the island of Gran Canaria during the month of August, offering a reliable communication system to all the agents involved in the fight against fire.

Thus, despite the virulence of the fire, between August 10th and 21st, the network remained available for 100% of the time. In this way, from the five base stations involved, (Moriscos, Firgas, Teror, Artenara and Montaña Cabrera) supported a total of 22,022 communications from 992 Tetra terminals, belonging to 40 different fleets that used the communications network. 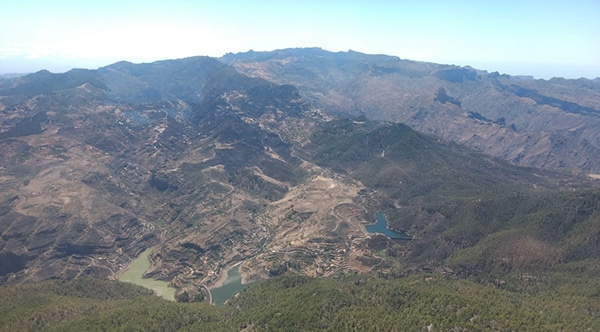 Data highlights the reliability of the RESCAN TETRA NEBULA system, which remained in operation at all times despite the extreme conditions it had to endure, guaranteeing communications and facilitating coordination among the different agencies.

From Teltronic, we also want to congratulate all the RESCAN workers for the excellent work and the great effort they made during those days, as well as extend it to all the people and institutions that joined the extinction work.