The Secretariat of Public Security of the State of Ceará has selected Teltronic, a Spanish company specialized in the design, manufacture, supply and maintenance of professional radio systems, to provide a critical communications solution for the Brazilian state.

Teltronic will deploy a private communication network on TETRA technology that will provide voice and data transmission service to the different emergency and public safety agencies, including firefighters, and civil and military police, among others.

The company will supply an integrated solution, deploying its TETRA NEBULA infrastructure that will provide coverage to the entire state which, located in the north of the country and with capital in Fortaleza, has an extension of 148,825 km², an area bigger than Greece. In addition, Teltronic will provide the radio terminals and its control center solution, CeCoCo, which will have 40 operator workstations.

In addition, once the deployment and installation are completed, the tender also includes a four-year managed operation and maintenance service worth 118 million Brazilian reais (approximately 25 million euros). 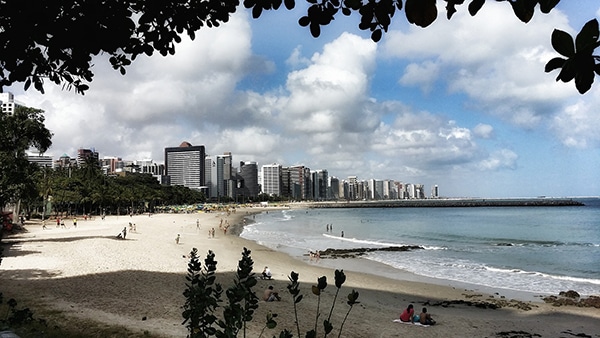 Fortaleza is the capital of Ceará

“The deployment of this project will contribute to further increase our share in the Brazilian public security market, giving greater visibility to the company and being a good example of the efficiency and reliability of our systems for other Brazilian states and other South American countries”, explained Teltronic’s CEO, Juan Ferro.

The company has a long history in the South American country, in which it has four delegations (Sao Paulo, Rio de Janeiro, Salvador de Bahia and Brasilia). Teltronic celebrates 20 years in Brazil, and during these two decades it has developed more than 50 projects in both public safety and transport sectors. So much so, that considering the state of Ceará, Teltronic has about a thousand TETRA sites in operation all over the country.