The current TETRA communication system for Security and Emergency services in Canary island (RESCAN) will be extended by the consortium formed by the company Tecnicas Competitivas and the radio communication manufacturer TELTRONIC to include broadband services based on LTE professional technology. 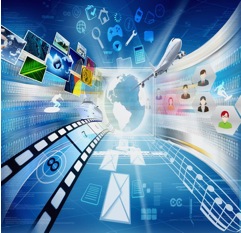 Canary Islands will be the scenario for the first professional LTE broadband network deployed in Europe.

Within the frame of the project of Integral Maintenance of the Security and Emergencies network in Canary islands, RESCAN has considered a list of technological improvements including between them, the roll-out of the first phase of a broadband system based on LTE technology, which will be integrated with the existing TETRA network that provides service to multiple Public Safety agencies, by means of TELTRONIC NEBULA infrastructure.

The integration of the professional LTE technology on the current private TETRA network will equip RESCAN’s users with broadband services, supporting applications with higher data transmission capacity, as for example the video surveillance systems.

The LTE solution to be deployed in RESCAN is designed to comply with the very demanding availability and security parameters required in critical mission environments. It is worth highlighting some of its benefits as, high data rates, low latencies in call establishment and data transmission, integrated network management system for both radio accesses (TETRA and LTE), or specific functionalities for professional communications as group calls, emergency calls or priority management.

The system will be implemented in frequency bands below 1GHz, following the final spectrum regulation set up in Spain by CNAF to be used by Public Safety users and broadband services. This provides with an advantageous solution from the point of view of radio propagation and indoor coverage.

The first phase of the deployment will be focus in Tenerife Island and it will have as first users, the ambulance, police and environment services, providing the mobile units of those agencies with real time video systems and other specific applications adapted to its daily operation.

“We are very excited with this new Project. A wide variety of opportunities is opened up for the Public Safety PMR users with the LTE technology. The integration of both technologies TETRA & LTE in a unique and integrated network is one of the main benefits of TELTRONIC proposal, since it allows our existing customers to optimize and protect their investments, evolving the systems to the new broadband services”, said Miguel Aladrén, VP of Sales for TELTRONIC in Spain and Latam.

With this new contract, the confidence put in TELTRONIC and its TETRA technology by the Canary Government is reinforced, recognizing the worth of its evolution ability to grow up to LTE broadband systems, and in short, of the reliable and integrated solution between both technologies.

Backed by over 40 years of experience in the design, manufacturing, and implementation of digital and analog land mobile radio (PMR) projects worldwide on a turnkey basis, TELTRONIC S.A.U. has the experience provided by the more than 400 systems deployed in more than 60 countries. TELTRONIC presents a broad portfolio of critical communication solutions for the transportation, public safety, utilities, and industrial sectors based on TETRA, P25, and LTE technologies. Its portfolio also covers end-user applications and systems for Integrated Command and Control Centers and custom surveillance to these markets.

TETRA (Terrestrial Trunked Radio) is an open standard defined by the European Institute of Standardization (ETSI). The main target of the TETRA standard is to define a set of interfaces, services and functionalities to cover the needs of the traditional PMR professional users, making easy the interoperability between the products designed by all the vendors. TETRA technology defines a digital radio system with privacy and confidentiality, better audio quality and improvements in the data transmission capacity.

LTE (Long Term Evolution) is the mobile broadband communication standard also known in commercial telephony as 4G technology.  It offers a digital IP communication, defined and standardized by 3GPP.  For professional radio networks, this standard is the response to applications which require high volume data transmission.