Zaragoza, 14th April 2021
Teltronic, a Spanish company backed by more than 45 years of experience in the critical communications sector, has been selected by CRRC to supply the TETRA on-board radios of the 26 new trains that the Chinese manufacturer will provide to the metro of the Mexican city of Monterrey.

The company will supply a total of 26 units of its RTP-300 which, due to its compact size, is frequently used in trams and metros. The equipment complies with the EN50155 and EN45545 railway standards, offers voice and data services and enables the management of a set of functionalities, such as connection to public address and intercom systems, vehicle location via GPS or alarm and event management.

The new trains form part of the effort to improve and modernise the country’s urban transport system and will be used on the city’s three metro lines. With a capacity for up to 355 passengers, they can travel at a speed of up to 80 km per hour. 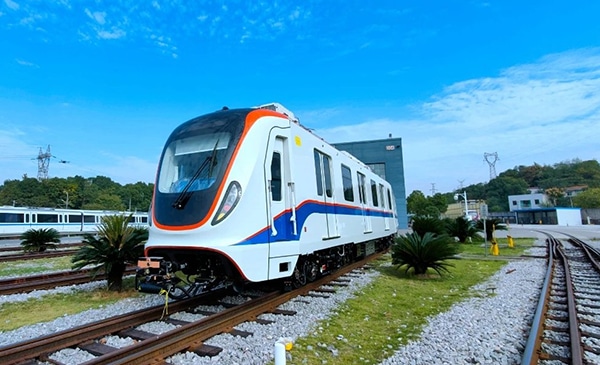 This project is a further step in the relationship between CRRC and Teltronic, who have already participated together in other projects such as SuperVia, the Rio de Janeiro rail transport network; but also with Metrorrey, the Mexican city’s urban transport network for which Teltronic already deployed a complete critical communications solution in 2015, consisting of its infrastructure, on-board terminals and its Control Centre solution, CeCoCo, which enables the integrated management of radio communications with trains and buses, as well as with previously existing telephone systems..

“This project allows us to consolidate our relationship with CRRC, and reinforces our strategy of seeking alliances with the major integrators that work at a global level; Teltronic has demonstrated its reliability and has worked together with the world’s leading manufacturers and we will continue to pursue this approach and seek new collaborations to access new opportunities,” explained Teltronic’s Director of Transport Business Development, Felipe Sanjuán.