• The entire site is covered by the new network, ensuring that airport workers and security personnel are in constant communication with the control rooms
• The chosen solution meets the requirements defined by airport authorities: higher security standards, built in scalability to allow additional users and the integration of other airport technologies

The Spanish company has deployed its NEBULA TETRA infrastructure, which has replaced the airport’s existing analogue radio, meeting the main requirements defined by airport authorities: higher security standards, built in scalability to allow additional users and the integration of other airport technology. The chosen offers flexibility for varied work groups, with the highest level of encryption to ensure security, and robust Sepura SC20 radios which can be connected to the Wi-Fi service, enabling integration with existing airport data and control systems. 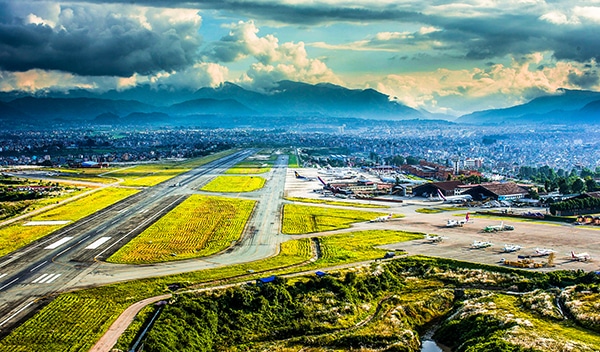 In this way, the entire site is covered by the new TETRA network, ensuring that airport workers and security personnel are in constant communication with the control rooms.

Additionally, one of the main advantages of the solution provided by Teltronic and Sepura is the fact that radios’ high transmitter power extends coverage where lower power radios struggle. This is a key feature of the security capability for the airport, ensuring that users based in remote locations, underground facilities or within large building are kept in touch with the control room.

Tribhuvan International Airport serves as an international hub for over 30 domestic and international airlines and saw over 7 million passengers passing through in 2018, with future increases expected. Situated in Kathmandu Valley, the airport features a passenger terminal, plus extensive outdoor maintenance facilities, parking areas and other large buildings.

The new TETRA network allows for the smooth movement of passengers through the airport by increasing co-operation between different work groups – including maintenance units, cleaning teams, airline staff, airside crews, security and emergency responders. Passengers benefit from a smoother experience with fewer delays, whilst the airport and airlines both benefit from more efficient working practises whilst fines and compensation for late running are minimised.