• The company, through its North American subsidiary, PowerTrunk, has replaced the old analog system with one of TETRA digital radio that offers voice and data transmission, aimed at strengthening the capacity of the various public security agencies in this British overseas territory, including emergency care.
• The solution is expected to incorporate an LTE radio access, which will provide the system with broadband capabilities, providing the police with a video streaming service in this important tourist destination.

Zaragoza. September, 10th 2020.
PowerTrunk, Teltronic’s subsidiary in North America, was awarded together with its local partner ECL by the Government of Bermuda for the deployment of a public-safety radio system based on TETRA technology. The network is expected to be completed with an LTE radio access, incorporating broadband capabilities and becoming a totally convergent TETRA+LTE radio system that will enhance the communications of several public safety and first responder agencies in this British Overseas Territory, which has received an increasing number of tourists in recent years, until overcoming the barrier of 800,000 visitors in 2019.

The project includes the transition from the old analog voice-only radio system to one that features digital voice and data capabilities. In this way, Teltronic’s NEBULA infrastructure makes a better radio performance possible, including enhanced coverage and greater capacity, along with interoperable communications for all government agencies and key partners during an emergency or crisis.

The new radio system includes redundancy and its reliability will minimize the impact of failures because of hurricanes or other unexpected events. Thanks to this unique communications solution, the government’s annual radio expenditures will be reduced by about 60% during the life of the new system.

“This new radio platform will enable public-safety agencies to coordinate more efficiently than in past days,” Bermuda’s Minister of National Security, Wayne Caines, said. “This implementation is a critical technological resource for the Bermuda Police Service, the Bermuda Fire and Rescue Service, the Royal Bermuda Regiment and the emergency medical technicians to carry out their duties with greater effectiveness, in ultimately serving and protecting the Bermuda public at large”. 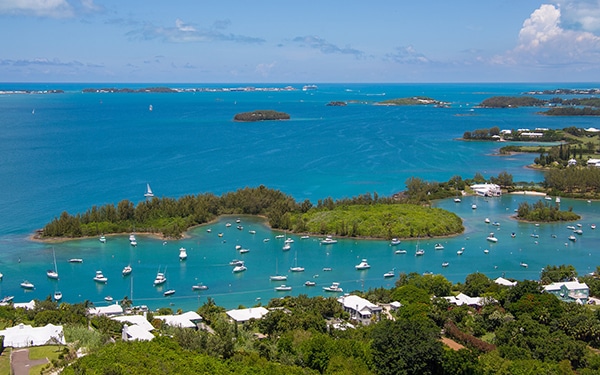 PowerTrunk’s solution enables that, for the first time in Bermuda, every radio on the system across the various departments will be able to speak to each other. Additionally, the communications system has high levels of encryption to help ensure its integrity and safety from security threats, something that is essential due to the spectacular growth of visitors and tourists.

PowerTrunk deployment also comprises its control centre solution, CeCoCo, with 6 operator workstations for call dispatching, as well as the subscribers. Regarding the radio terminals, minister Cained explained that he has spoken with a few officers who are using their handsets and their feedback is that units are clearer than previous radios, making it easier to hear in high-stress and loud-working environments.

Among others advantages, new handsets are lighter, more rugged with longer battery life in addition to being waterproof, than previous handsets. The new radios can be programmed remotely, and talkgroups can be dynamically assigned, reducing the requirement to bring radios to a central location to be reprogrammed.