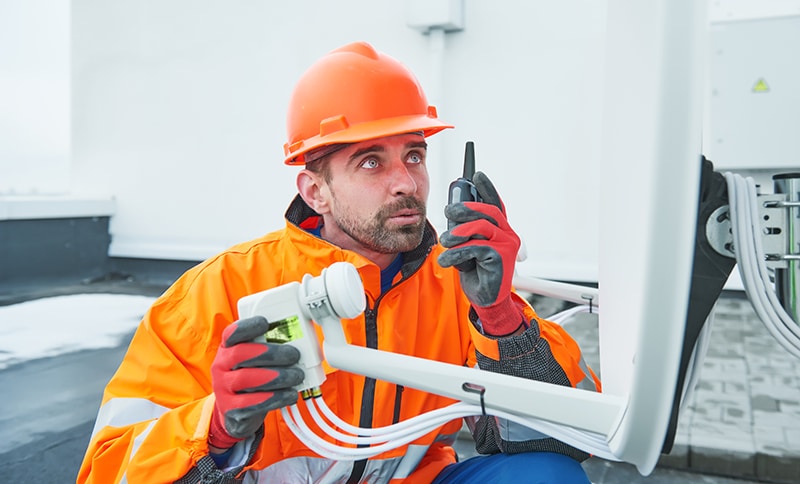 Within professional radio solutions, some technologies and standards have been developed over the last years.

In the world of private communications, users demand and require a series of functionalities that these technologies had to develop. Firstly, the communications system must be as stable and robust as possible. It would be difficult to understand that in a critical scenario, emergency services could not communicate with each other, and for this reason, the radiocommunication system is one of the most valuable tools to develop their work successfully. Therefore, the level of availability is one of the determining factors when choosing a technology.

But in addition, in the design of a telecommunications network it is necessary to keep in mind other paramount factors, such as scalability, that it can be expanded and grows as the needs do; interoperability, for which it is necessary to work on globally accepted protocols and standards; connectivity, if there is a need to communicate with telephone terminals or even other radio technologies, or a long lifetime, among others.

TETRA (Terrestrial Trunked Radio) is a digital radio standard defined by the European Telecommunications Standards Institute (ETSI). It is an open and narrow-band standard, focused on meeting the needs of critical communications in the Public Security market and government security agencies. Among its advantages, it offers great spectral efficiency, high levels of security, interoperability and scalability. Furthermore, it provides all the required functionalities in a radio communication system (group calls, emergency, messages, call priority, direct mode communications, full duplex, geolocation …) and has, in addition to voice services, the capacity to transmit data simultaneously. TETRA has a high spectral efficiency, using 25Khz channels in which, through TDMA (Time Division Multiplexing), allows the establishment of four simultaneous communications.

Likewise, this type of systems can be integrated with other applications improving communications capabilities and supporting large volumes of traffic. For all of these reasons, its presence in the market has been always growing, and there are about 3 million active users worldwide, and not only in public safety: its acceptance has gone beyond its original purpose and has become the de facto standard for short voice and data communications in the rail transport sector, as well as being implemented in other sectors such as utilities and industry.

The DMR (Digital Mobile Radio) is a more recent protocol, published by the European Telecommunications Standards Institute (ETSI), and is designed to achieve an improvement in the spectral efficiency over the traditional analog radio PMR. Aimed at professional users, although in its beginnings it was not conceived for the critical mission, it is also being used in public safety networks, and its main advantage is that it offers an easy and fast deployment. In addition, since it works on the same frequencies as analog systems, it is sometimes considered as its “natural” substitute, being a suitable solution to cover ample areas but with little traffic.

It has different levels, from Tier I, which is basically the evolution of conventional Walkie-Talkie, to Tier III, which refers to trunked systems that allow coverage of larger areas and that operate as an integrated network. Like TETRA, DMR Tier III employs TDMA technique, but with 12.5Khz channels and 2 slots, that is, it allows two simultaneous communications instead of four. In any case, it is a less mature technology, with more limited data services and fewer services defined for high security environments. That’s why there are fewer references in the market of large trunked systems deployed with this technology.

For its part, P25 is a set of open standards that is the result of the combined efforts of public safety organizations in the United States, and has been standardized by the Telecommunications Industry Association (TIA). It is the most widespread technology in North America in the field of public security, and its objective is to offer a solution for the United States environment, which is characterized by large coverage areas and low density of users. 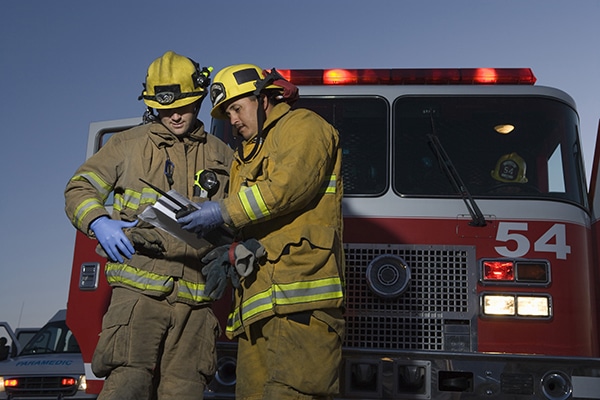 The P25 has three modes of operation: analog; conventional digital mode, in which users manually select the desired channel; and the trunked, in which they select the group in which they want to speak and the system dynamically directs them towards an available channel. Like TETRA, this is a technology that meets the basic voice requirements of public safety users, although it has some limitations compared to TETRA, such as lower interoperability between different manufacturers and greater limitation of data transmission services.

Finally, LTE is a standard of broadband mobile communication, known commercially as 4G technology. It offers end-to-end IP digital communication, whose definition and standardization is responsibility of 3GPP. In professional radio environments, this standard meets the needs for transmission of high volumes of data that are not possible using current narrowband PMR technologies, such as TETRA, let alone DMR and P25. Thus, this technology responds to the needs of massive data transmission, mainly video, in public safety, emergency and transport scenarios.

Teltronic’s eNEBULA goes a step forward, creating a communications infrastructure that takes as reference the specifications of ETSI and 3GPP for radio access based on TETRA and LTE, thus offering solutions that have the native advantages of TETRA technology the broadband services provided with LTE technology.

This infrastructure allows a progressive transition from existing TETRA deployments to networks that incorporate applications based on LTE broadband, offering a set of value-added applications in control centers, mobile video transmission and voice communications in critical environments. It’s a solution that integrates different radio technologies, and with the necessary flexibility to cover all the requirements of the users’ requirements.