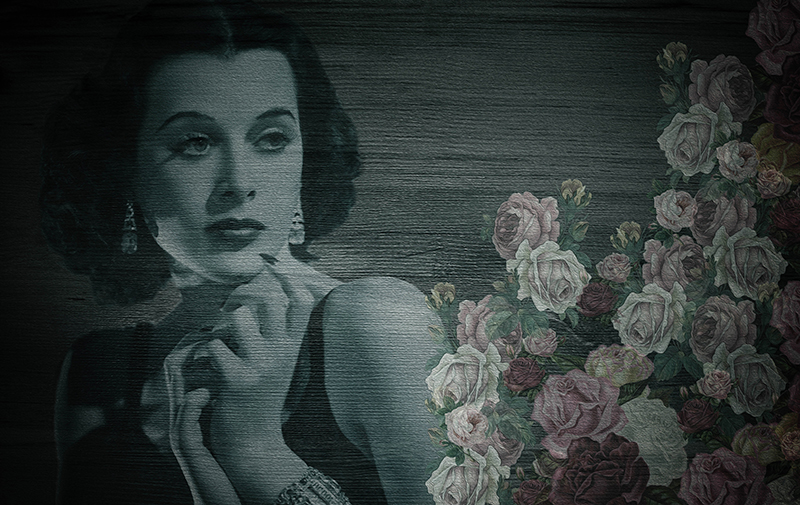 The history of radio communication is full of great scientists and engineers who made significant advances, but few of them also made a career in Hollywood. This is the case of Hedwig Eva Maria Kiesler, better known by her stage name Hedy Lamarr, who went from film studios to inventing the first version of the spread spectrum that would enable long-distance wireless communications. Hers is life of film, and well worth a review.

Born in Austria in 1914 into a gentry family, Hedwig’s precocious, gifted childlike intelligence soon was discovered. She spent her childhood at prestigious boarding schools in Austria and Switzerland, and at the age of 16 she began studying engineering.

However, her passion for acting was stronger, and before the age of 20 she moved to Berlin, where she took her first steps on stage at director Max Reinhardt’s academy and began her acting career.

After appearing in several films in Europe, she married Friedrich Mandl, a powerful armaments manufacturer and Nazi sympathiser, in a marriage arranged by her parents against her will. During this dark period, during which she was locked up at home and subjected to strict control, the young Hedwig took the opportunity to continue her engineering studies, and to use her intelligence to obtain from her husband’s clients and suppliers the details of the weapons technology of the time.

However, Hedy managed to escape from her hell in 1937. As she explains in her autobiography, one day she administered a sleeping pill to her maid, and disguised as her, she was able to leave the house and walk to the train station to get to Paris. From the French capital to London, where she met Louis B. Mayer, member of Metro Goldwyn Mayer (MGM). By selling her jewellery, she raised the money to catch the same boat on which Mayer was returning to the United States, and when she arrived on land, she already had a contract and a new name, Hedy Lamarr.

The new star of the Metro began a career alongside the most renowned directors of the time and the leading actors of Hollywood, appearing in some thirty films, the best known of which was Samson and Delilah. However, her film star gradually faded and in 1957 she made her last films. After her retirement from the industry, Hedy Lamarr struggled financially and even saw her Beverly Hills home repossessed.

Despite the fact that the last years of her career were not good, Hedy Lamarr will be remembered not only for her time in the seventh art, but also for her discoveries and inventions, which have made her a part of the history of science. Thanks to her marriage, the actress accumulated information about the Nazis, which she offered to the US government. In this way, she was able to enter the area of military technologies.

Hedy was aware that governments were reluctant to develop guided missiles for fear that the control signals could be intercepted or jammed by the enemy, rendering them useless or even using them against them. In the middle of World War II, Lamarr, along with composer George Antheil, patented a secret communication system, which was to be the early version of frequency hopping. It operated on 88 frequencies, equivalent to piano keys, and was capable of changing transmission signals between frequencies in the magnetic spectrum and was designed to build radio-controlled torpedoes that could not be detected.

The first use of the patent was during the Cuban Missile Crisis, when it was used for the remote control of tracking buoys. The technology would also be applied during the Vietnam War, and even in the US defence satellite system (Milstar). In the 1980s, the spread spectrum system saw its first contributions in civil engineering, being a precursor to wireless communications, Bluetooth WIFI and even GPS.

The fact that his patents were registered under his married name rather than his artistic name meant that his contribution to science did not receive the recognition it deserved at the time. Fortunately, today her achievements are widely appreciated.