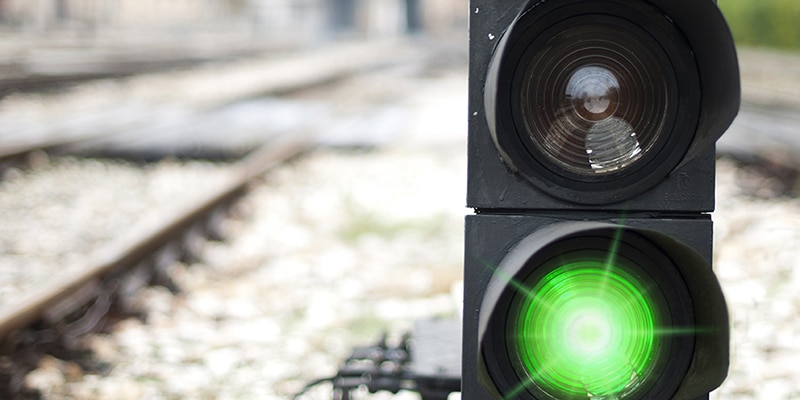 The European Train Control System, ETCS, is a railway signalling and control system that is used in the European Union, and that was developed to establish a standard for the whole continent and replace the different security systems that were used in each country, and that were incompatible with each other.

The ETCS is part of the European Rail Traffic Management System (ERTMS), a project focused to create a common system for management and signaling, in order to boost the competitiveness of the European railway.

Thus, within the ERTMS, the ETCS is the component that performs the traffic signalling and control functions, transmitting vital data for the safety of passenger and freight transport, helping to manage the driving of the trains. The system makes on board computer compare the speed at which the train circulates with the maximum allowed for that section of the line, and if it is higher, it slows down.

Its operation is based on the communication between the train and the track. The locomotive receives information about the status of the signals and the speed limits that lie ahead, showing them to the driver, and applying the brake in case of not respecting the signs and limitations. The main objective is to avoid the possibility of an accident due to human failure, if the indications aren’t respected.

There are, however, different ETCS levels; each level improves the functionalities of the previous one allowing smaller intervals between trains.

At level 1, the communication between track and train is done by means of balises and other physical signals located along the route. Beacons transmit by radiofrequency the information of the signals and speed limitations that the train receives when passing over them. With these data, the computer calculates the speed and the braking curve. The driver must pay attention to both the vertical signals and the indications on the dashboard, and if he does not respect them or makes an error, the equipment will apply the automatic brake. 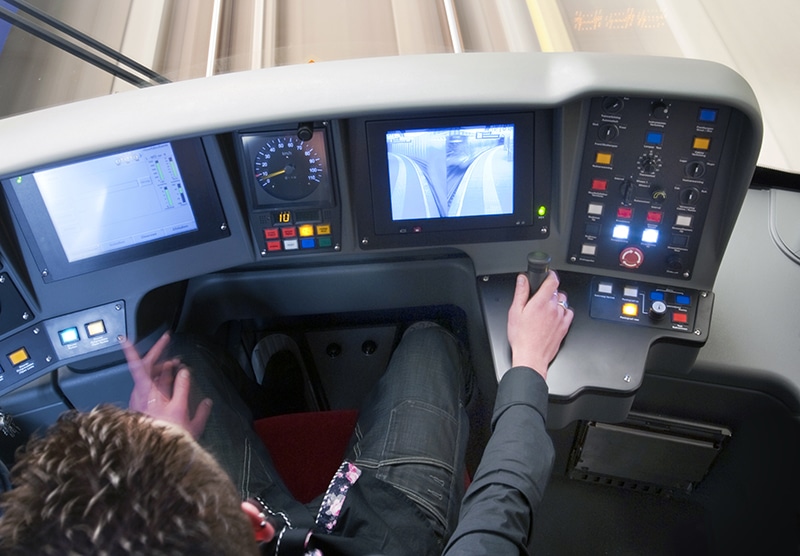 Level 3, which is still in definition phase, will not be based on the track circuits (electrical system that allows detecting the presence of a train on a specific section of track) but on the position detected by Global Navigation Satellite System (GNSS) and its transmission through a digital radio connection. Thus, it is a continuous system in which the train communicates its position and receives the authorizations of movement according to the state of the road.

When defining the ERTMS, in addition to ETCS, there was a second component, the GSM-R, which is the narrowband wireless communication system that ensures communications (voice and data) between vehicles and fixed installations. This is the standard defined by the European regulation, and is an adaptation of the GSM system used in mobile phones to be employed on trains.

However, Teltronic has developed some successful experiences in which the transmission of ETCS data was made through TETRA, the accepted digital radio standard for critical communications, such as the project developed with the Kazakhstan Railways. Teltronic has successfully completed the integration of its TETRA NEBULA solution with the control systems of some of the world’s leading train manufacturers, demonstrating the viability of this technology for railway signalling applications.

Likewise, TETRA provides a series of additional advantages that make it even more interesting. For example, since it is specified to operate in the lower part of the UHF frequency range, propagation losses are lower than with GSM-R and it needs fewer base stations (approximately half) to cover the same area. In addition, GSM-R uses bands that are also used by commercial operators, which can create interference and access problems.

Other aspects to highlight of the TETRA technology are its spectral efficiency, four times higher than GSM-R; the critical communication features included natively in the standard such as group calls, emergency call or priority management, and the data services that facilitate train-ground operation and other railway management applications.

Likewise, Tetra technology is able to comply with the QoS requirements specified in the ERTMS (EIRENE) regulation, being a viable alternative to support railway signalling applications in high-speed environments outside of Europe, where the use of GSM-R technology is not compulsory.